Location of the hotel is in the center of Bovec.

Location of the hotel is in the center of Bovec.

This town is the tourist center of Bovško and Soča valley. It is surrounded by two thousand  meters high peaks and Soča and Koritnica rivers. Above the valley, peak called Svinjak rises, which gives Bovec a recognizable panoramic image. Attractive views of the surroundings as well as the shape of the plot itself determine the design of the hotel. There are two elements of elongated rectangular shapes, where one is placed parallel to the western border of the plot, while the other is parallel with the eastern border of the plot. At the junction of the two elements, a larger open space is formed, which is intended for a entrance lobby which height spans to the roof of the hotel. In the ground floor area is intended for public use and also of technical nature, which is functionally organized according to the direction of access and entrances.

On the first and second floors, the hotel rooms with a more modern interior design are placed in the directions of both elongated elements. There are 10 rooms on each floor, so the total number of rooms is 20. Each room also has its own balcony, which is oriented as to offer the guests the most attractive views of the surrounding mountains. On the top floor features a fitness center and a spa with service areas and an outdoor terrace. The building has a partial basement ehich is used for storage and installations.

The ground floor of the building is the base enhanced with a dark color on which both floors with hotel rooms are located. They are surrounded by wooden cladding, whose surface is occasionally interrupted by triangular balconies. The roofs are three-gable shaped, which adds dynamics to the shape of the building. The appearance is characterized by elegant gray shades and large glass surfaces that reflect the picturesque surroundings and at the same time coexist with the surrounding buildings of the town. 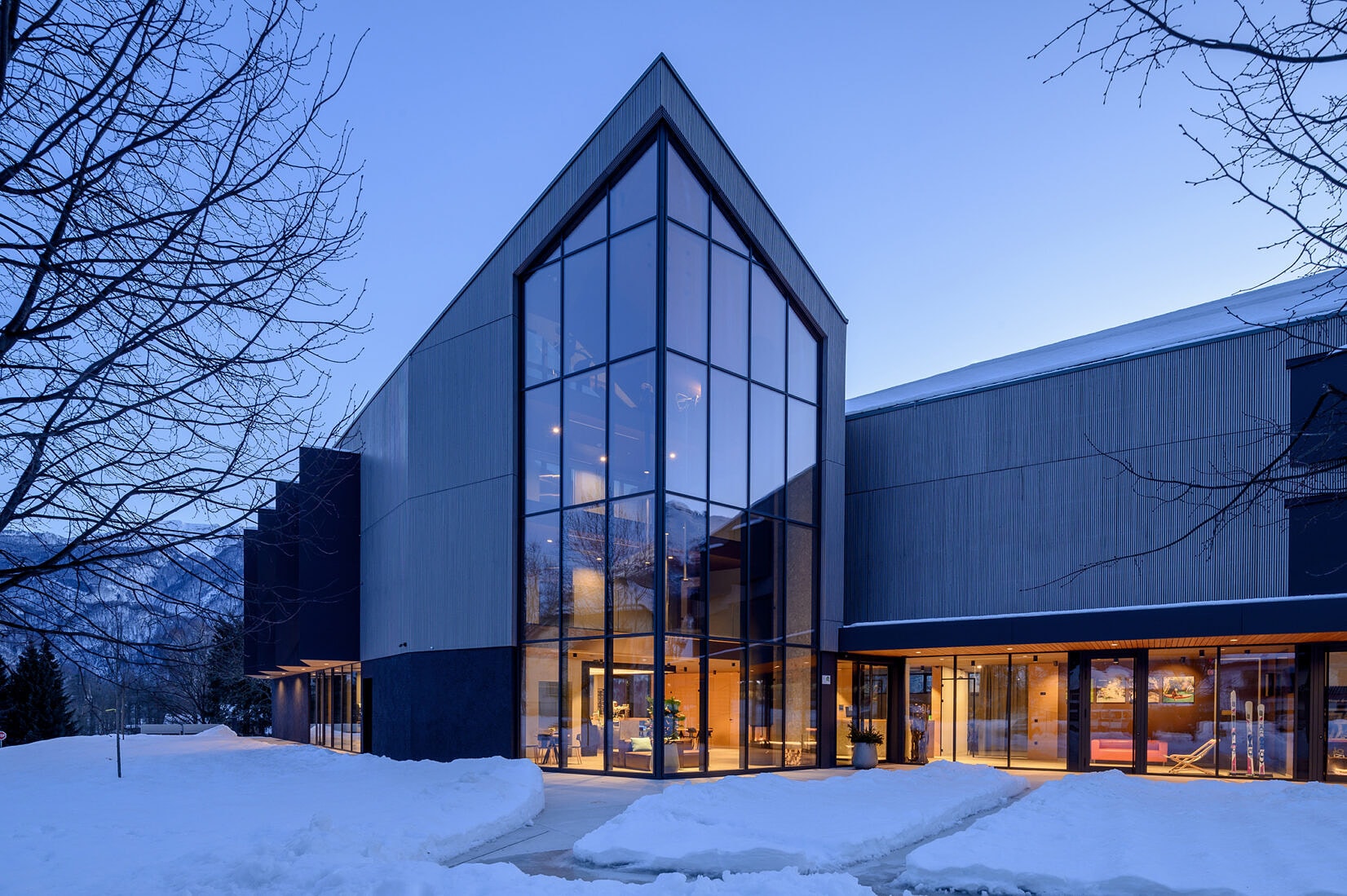 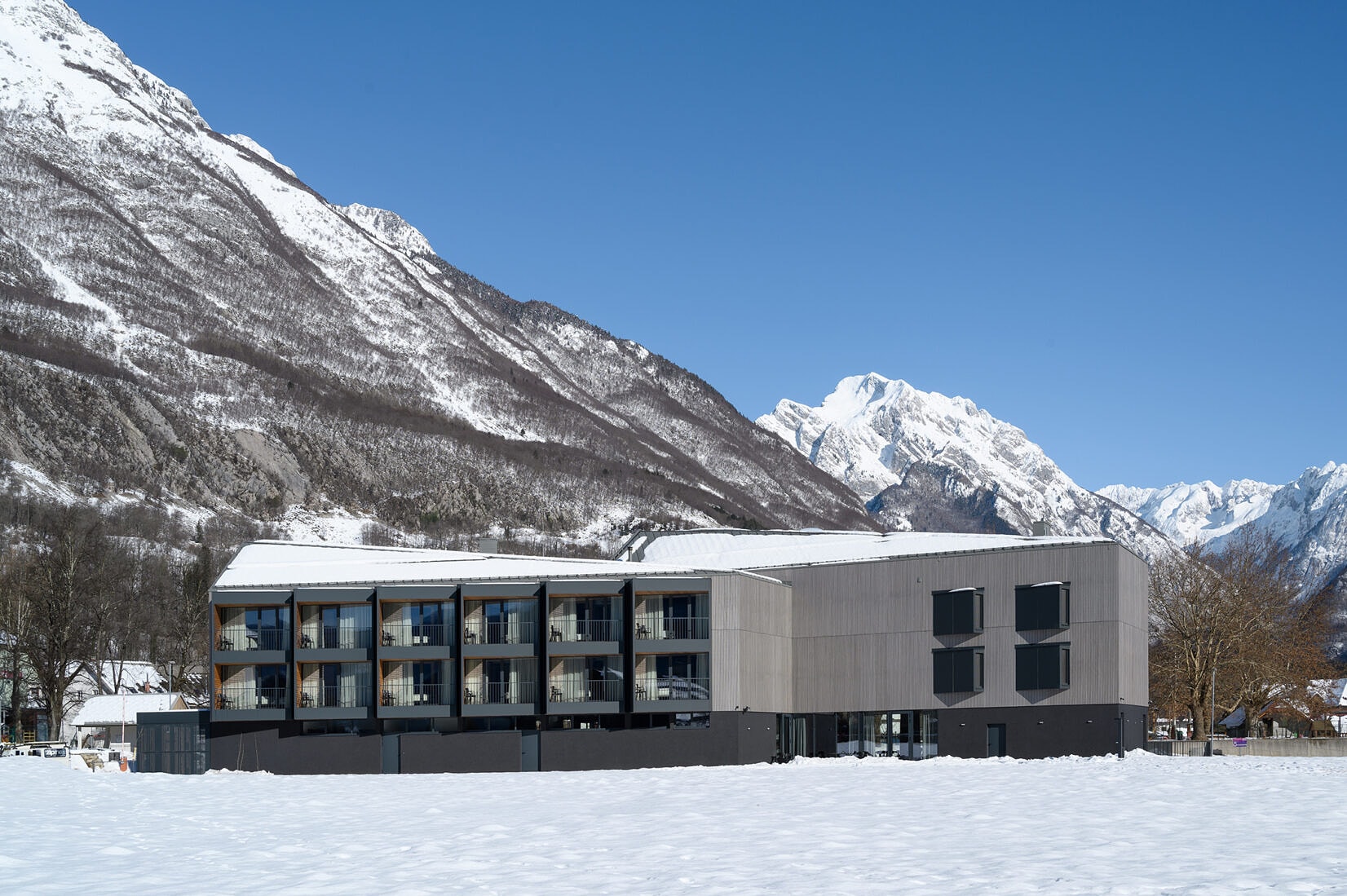 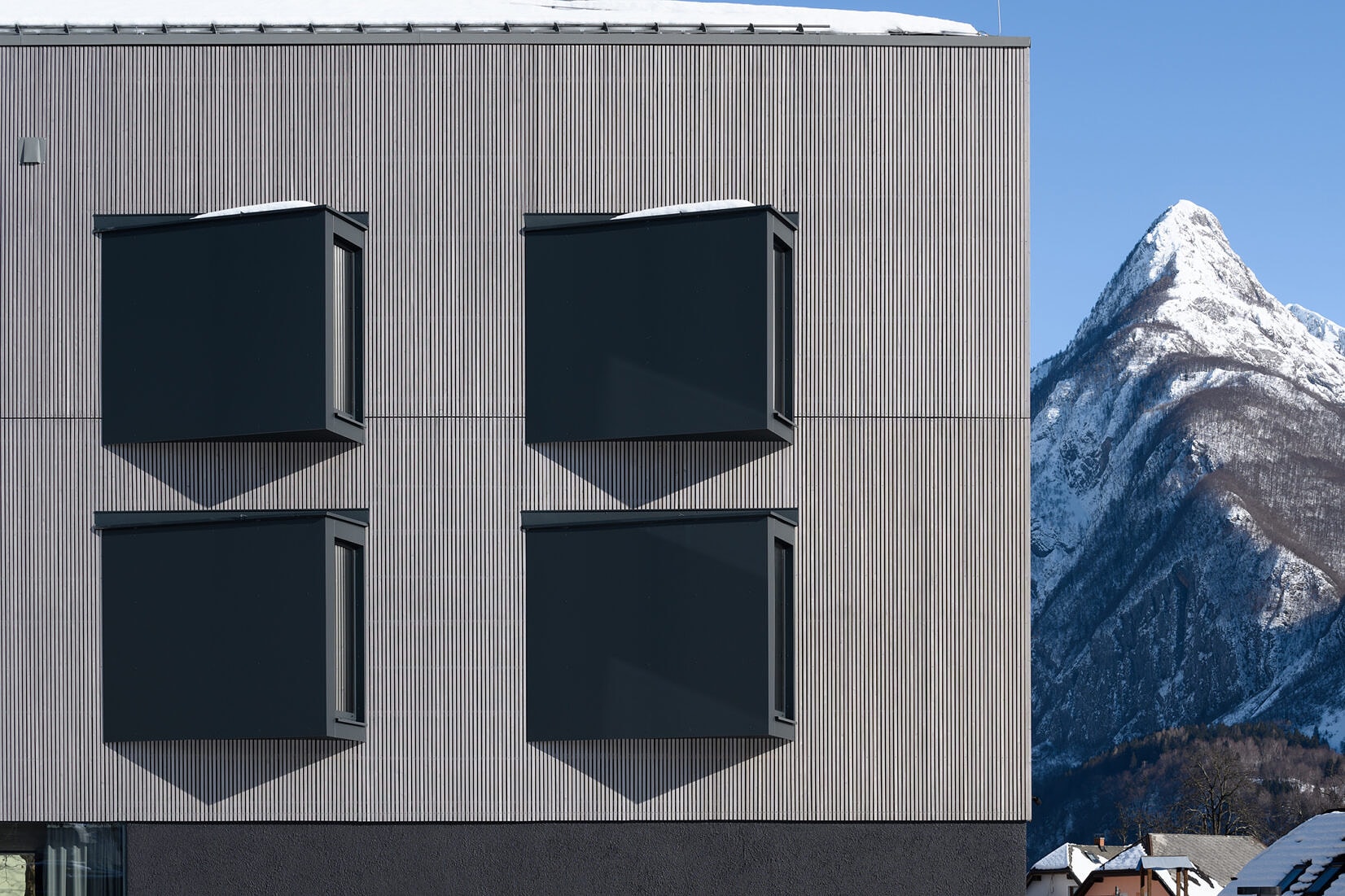 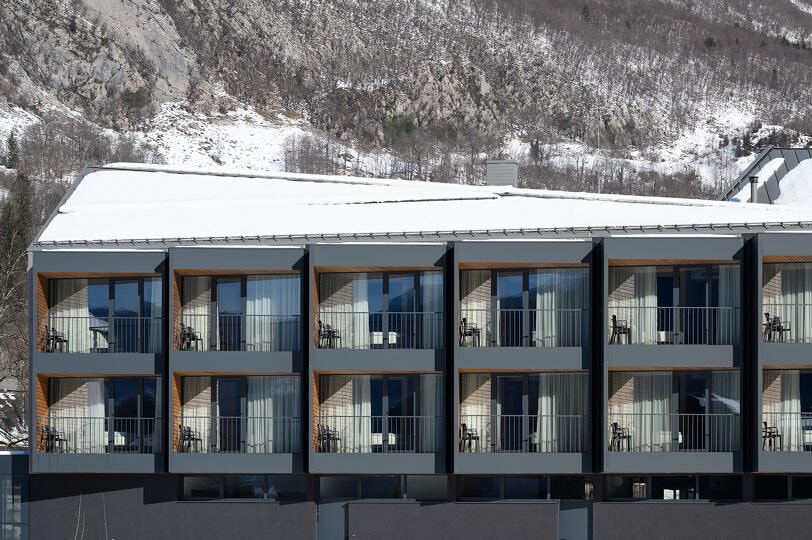 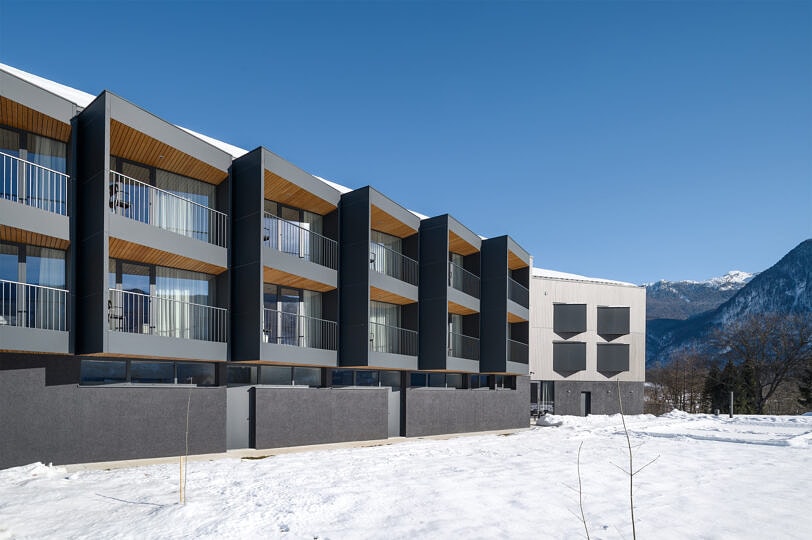 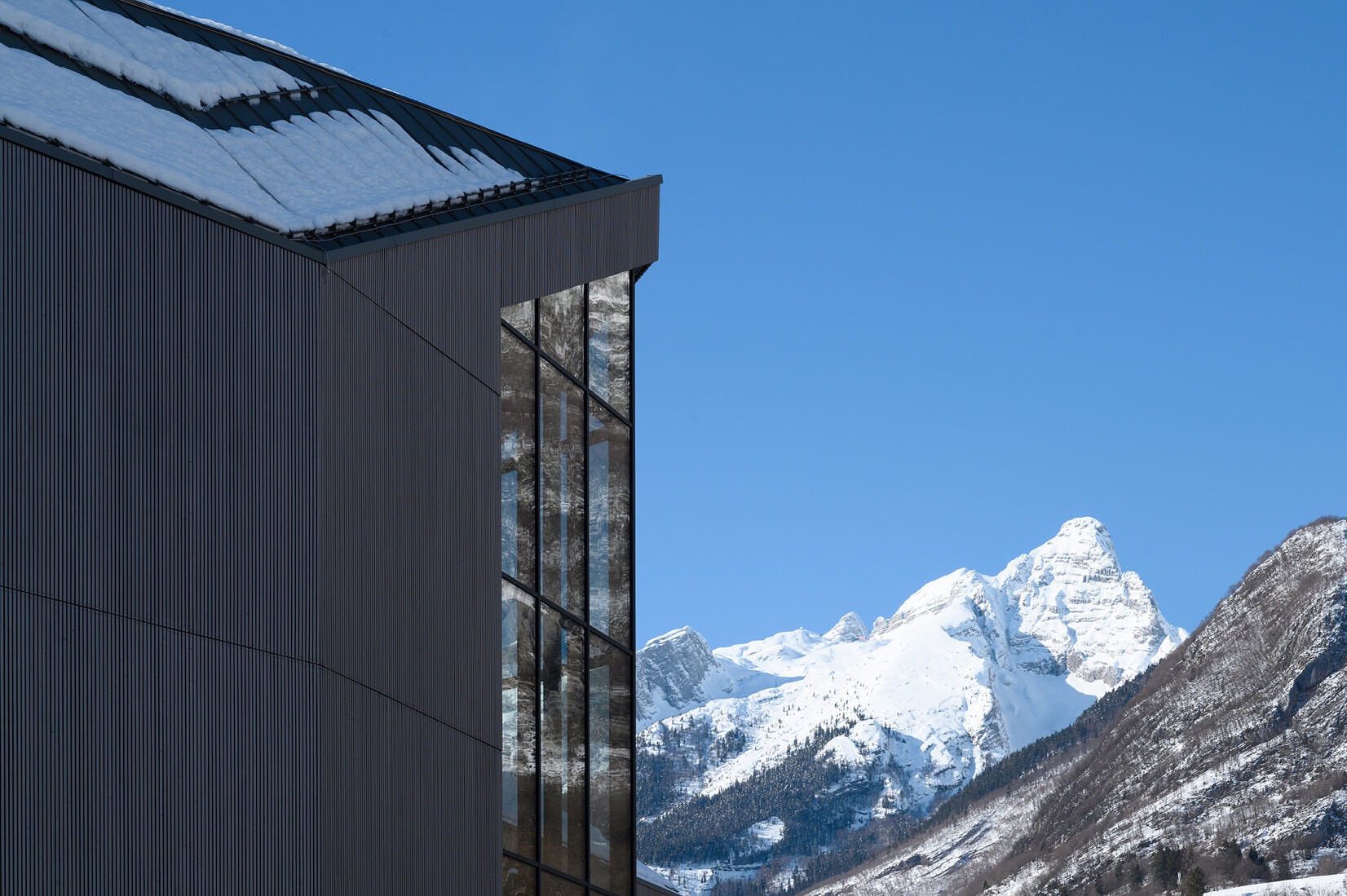 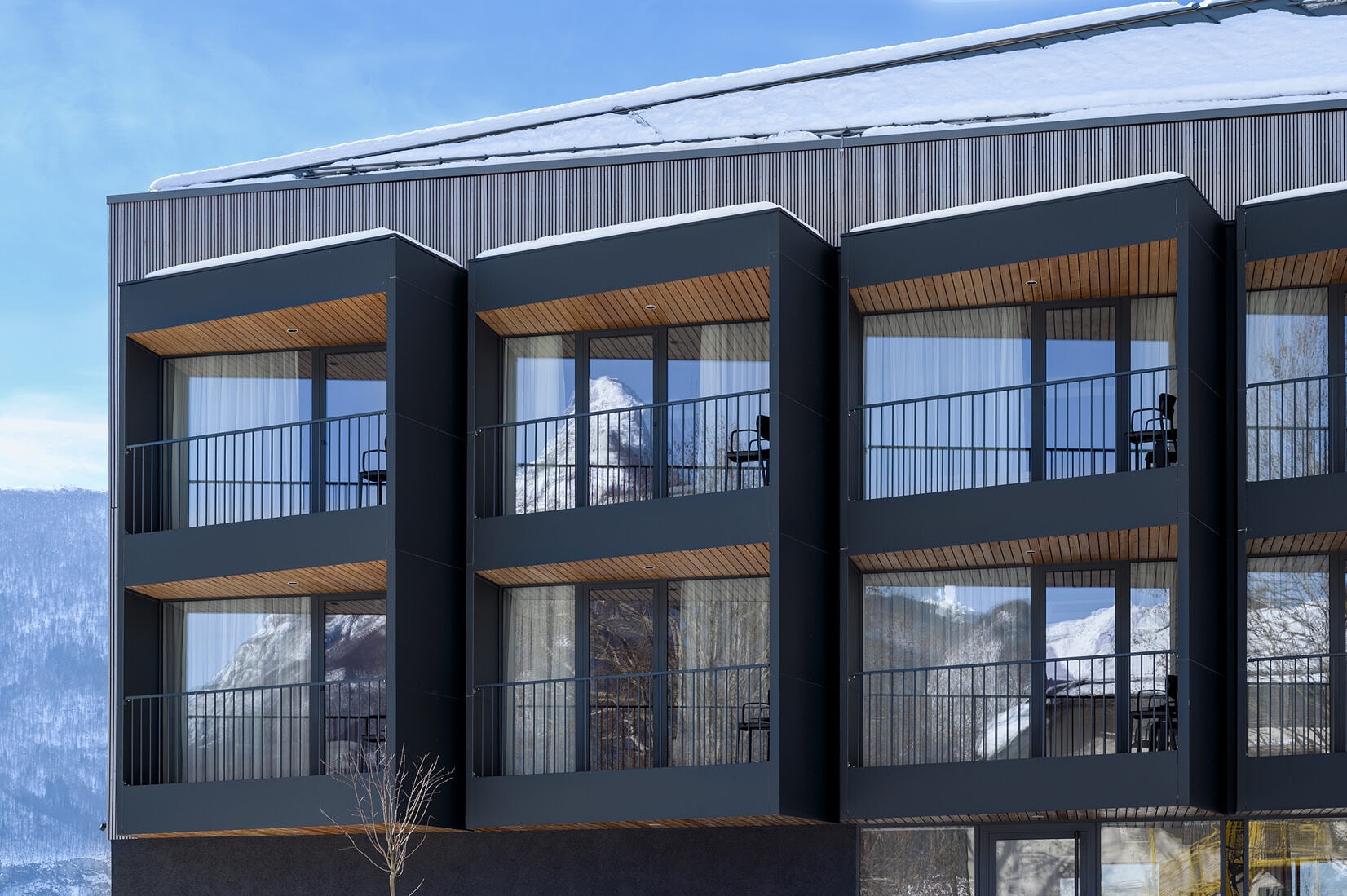 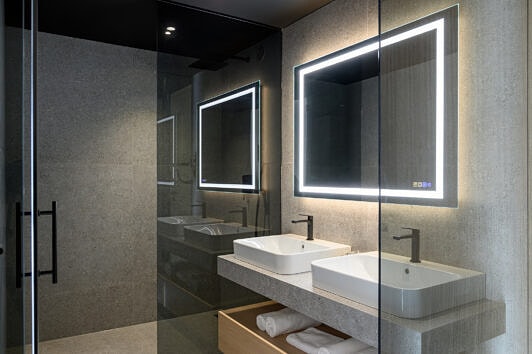 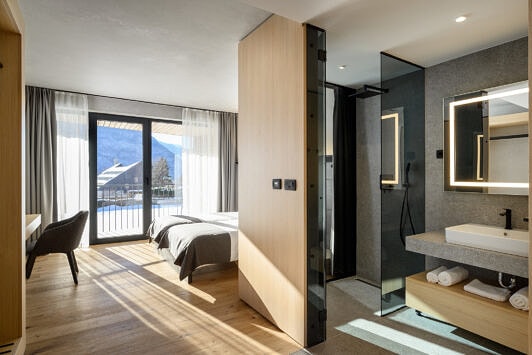 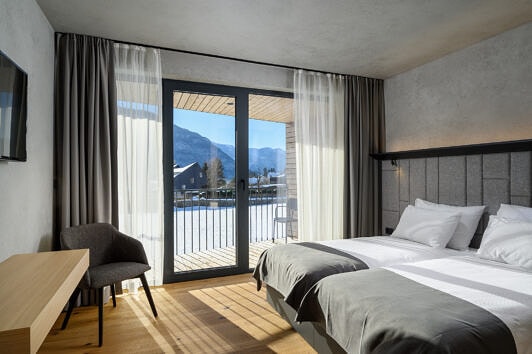 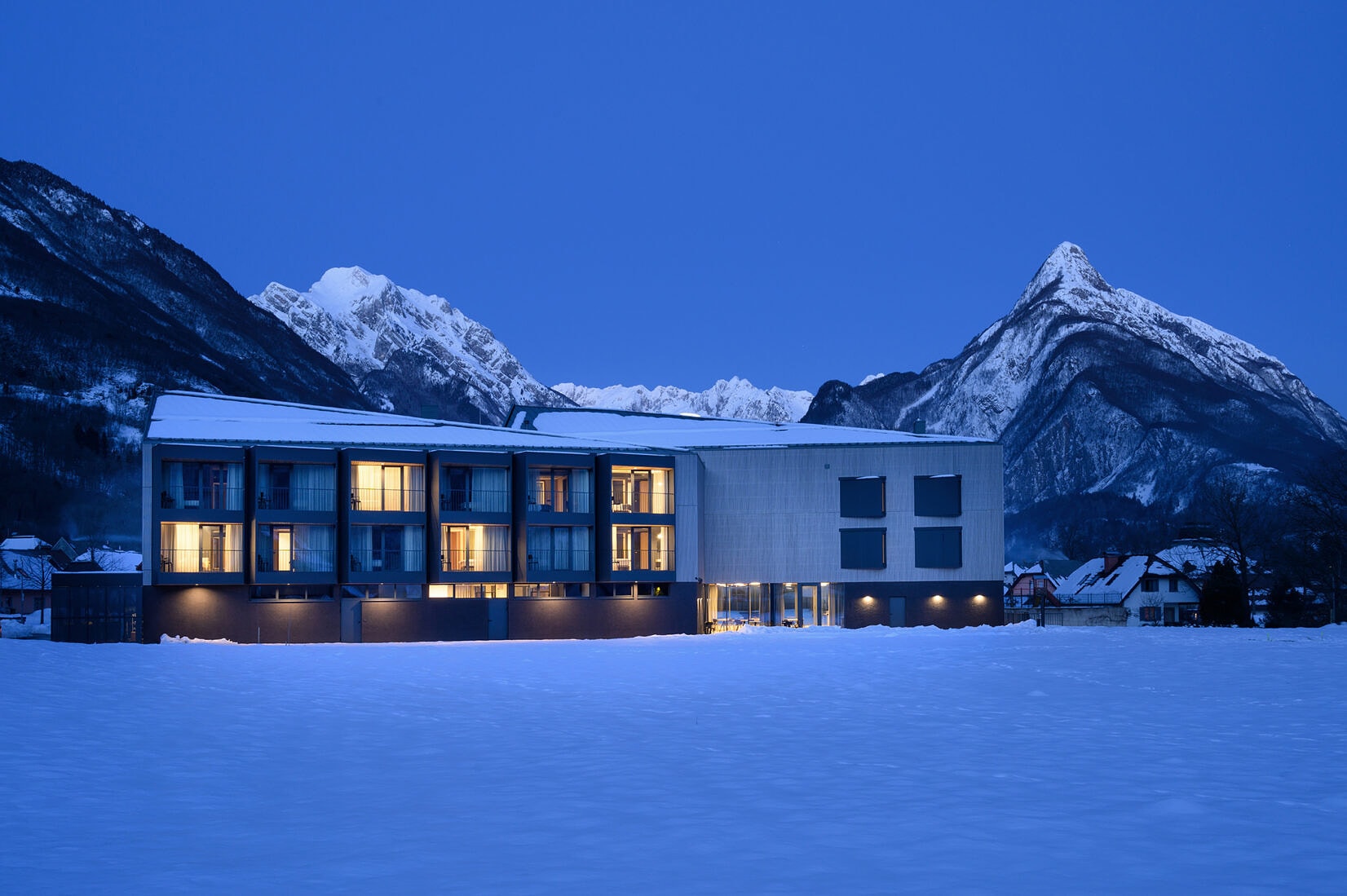 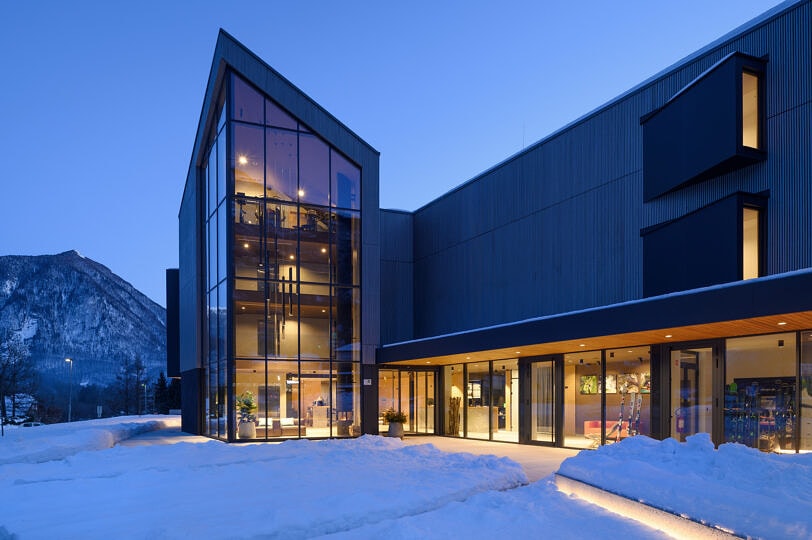 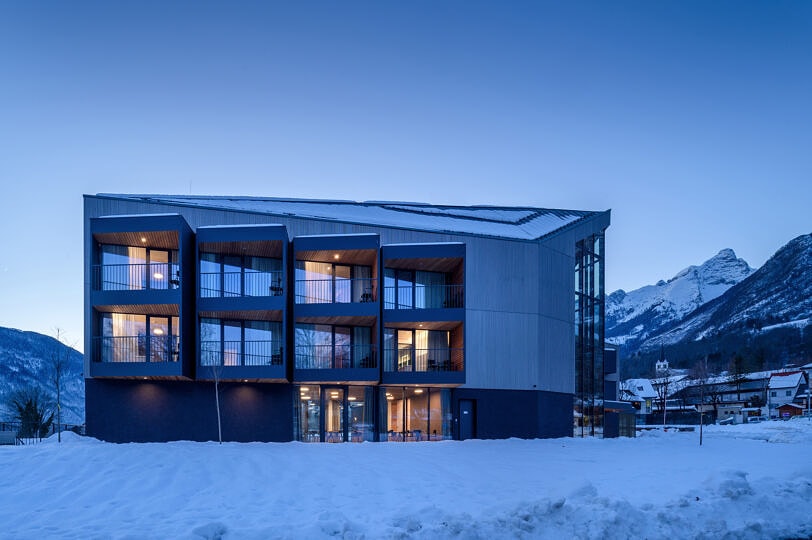 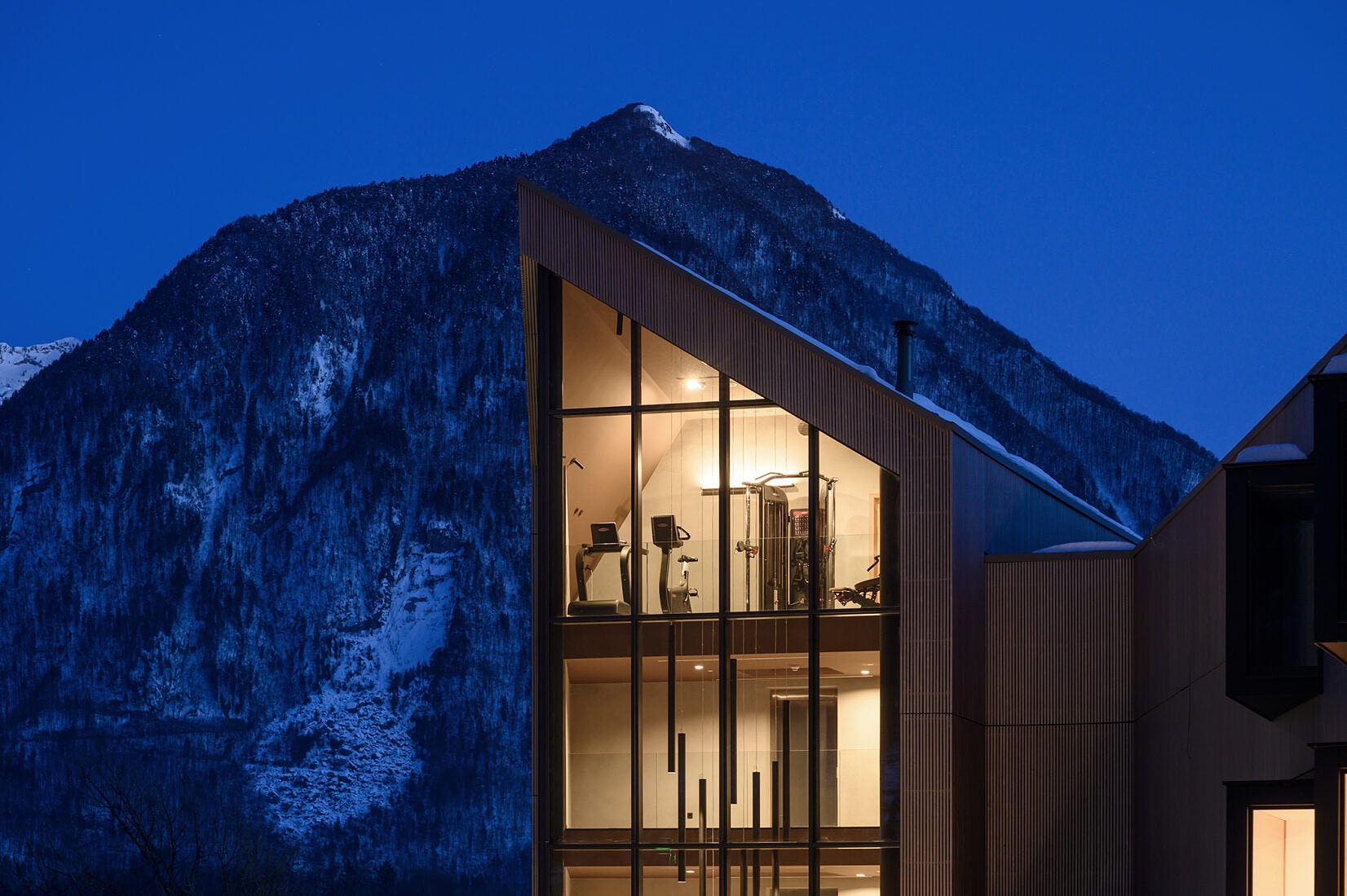 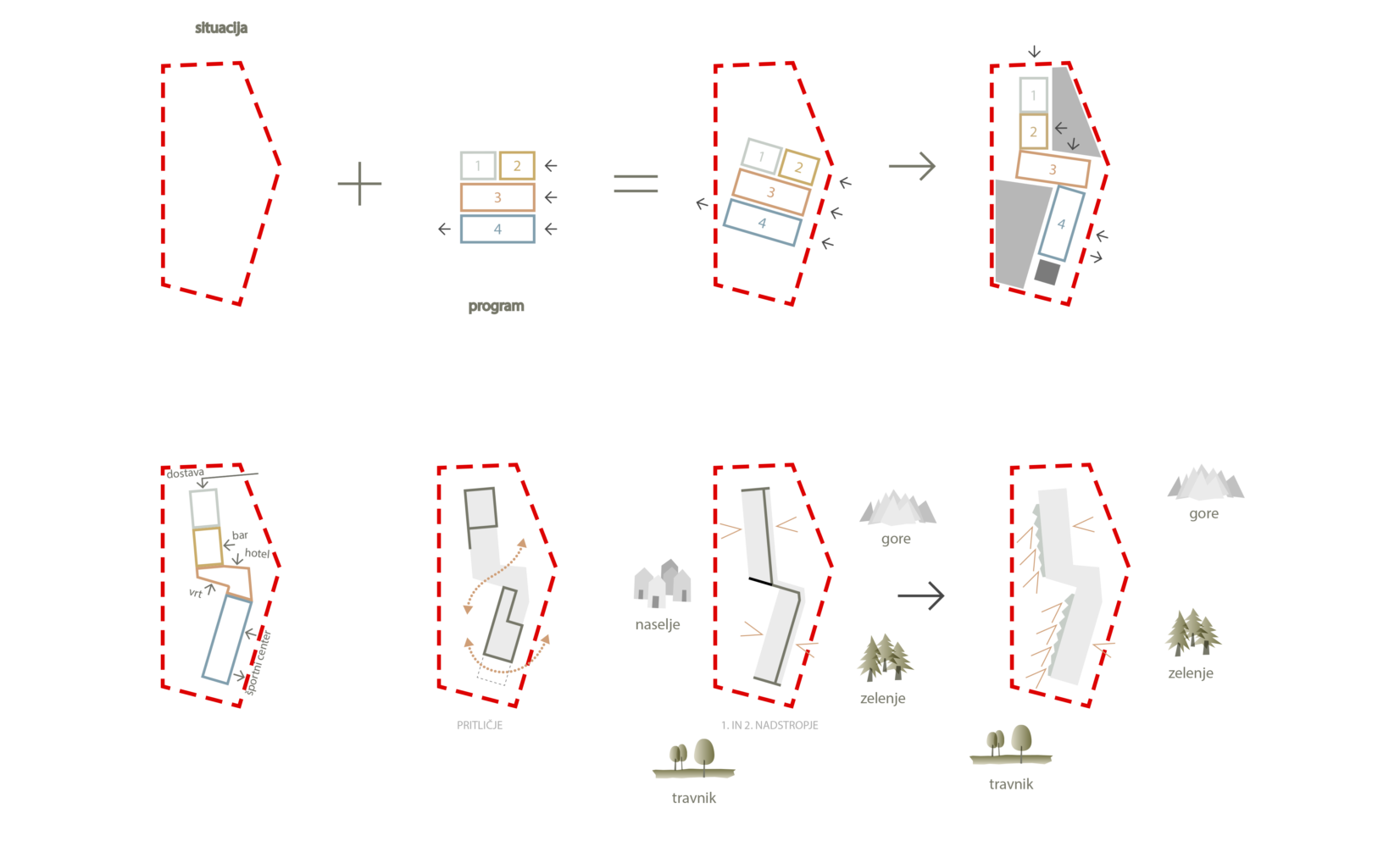