st PRIZE - invited, single-stage competition The proximity of the Oberdan Piazza and Fabiani's Narodni dom has encouraged us to look more closely to the symbolic ties that are important for the Slovene minority living in Trieste.

st PRIZE - invited, single-stage competition The proximity of the Oberdan Piazza and Fabiani's Narodni dom has encouraged us to look more closely to the symbolic ties that are important for the Slovene minority living in Trieste.

A hint that would only symbolically show itself derives from Fabiani’s masterfully designed facade’s decoration. Decorative geometric element has been broken down and transformed into a modern structure, which represents itself in the basic pattern of the bookshelves. The architectural concept of the interior upgrades the existing facility with a ‘scenery’composed out of bookshelves which give the space a modern look. Bookcases are the central element of the interior, announcing its function to the visitors and the city. Large glass surfaces oriented towards the free-covered colonnade open the views into the interior of the book center, which results into becoming a lively part of the city. City space therefore becomes an arena for different events, workshops and conferences – Slovenian culture is open to the city and its habitants. Interior is warm, inviting visitors to enter and visit it again and again. The book center is not only a bookshop, but a place for organizing social and cultural events for all type of visitors – from children to older generations. The visitor while entering is surrounded by books. The pattern of the bookshelves and its composition accompanied by interactive displays become the central point of the space. Material that dominates is wood, which exudes warmth especially in contrast with the bright smooth floor. This way the wood’s colour and structure becomes even more pronounced. 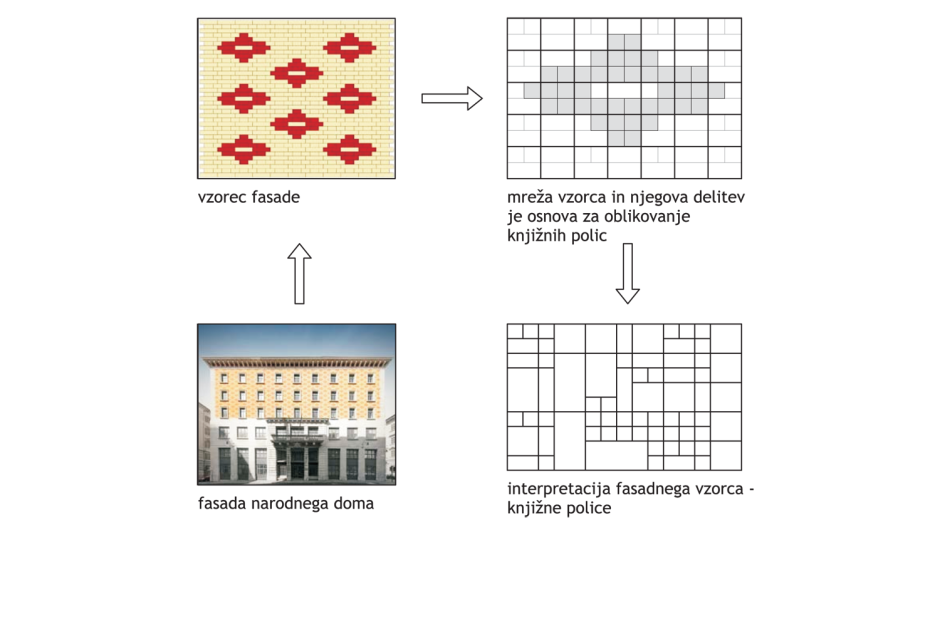 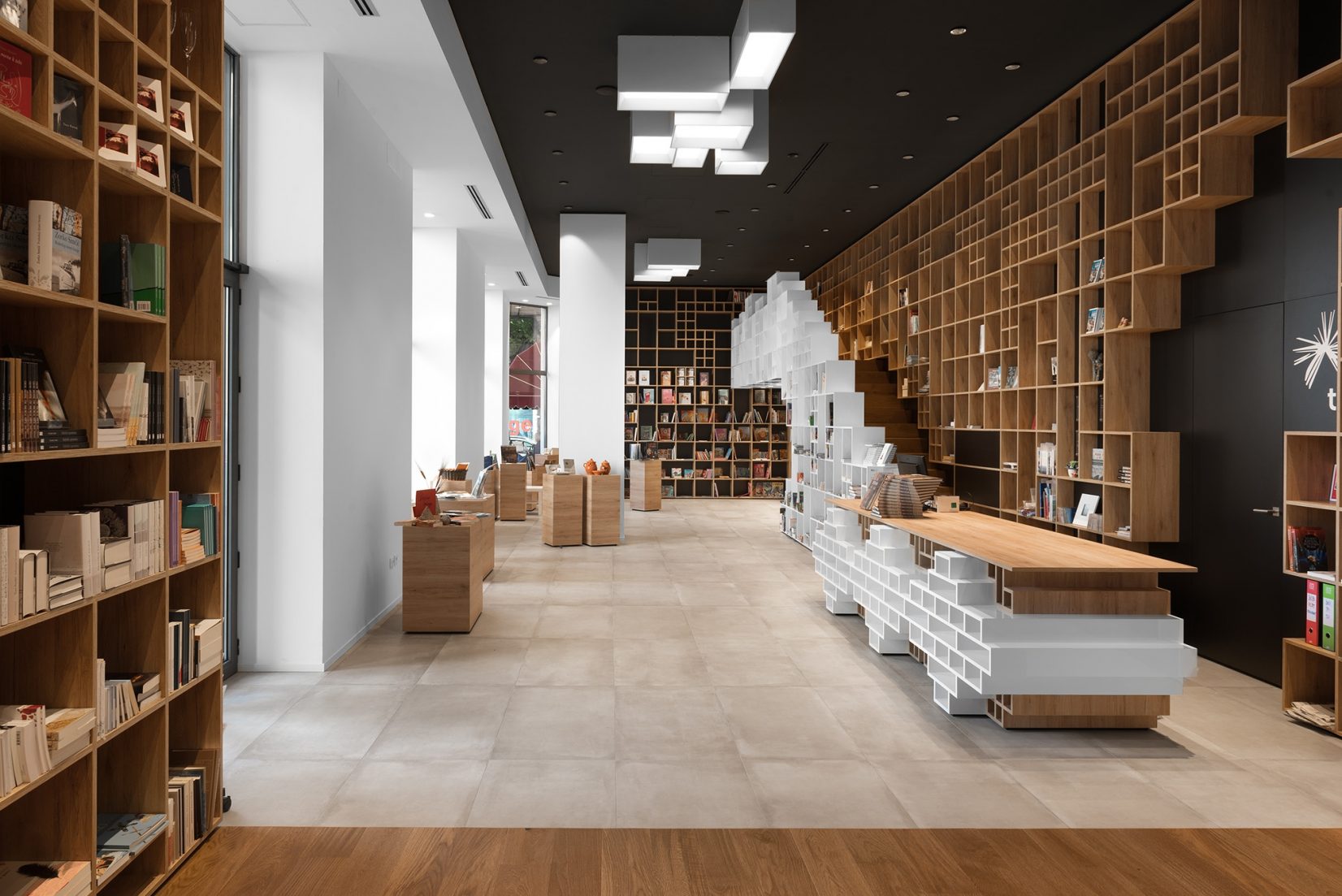 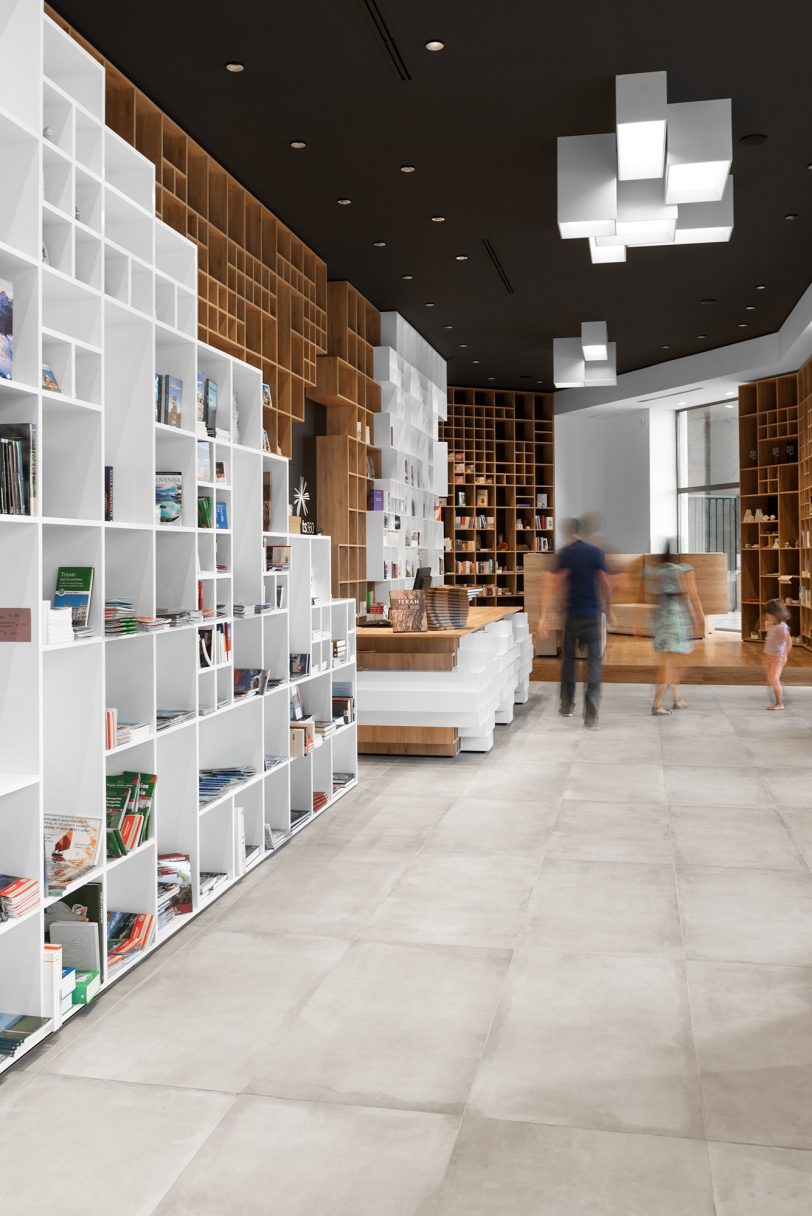 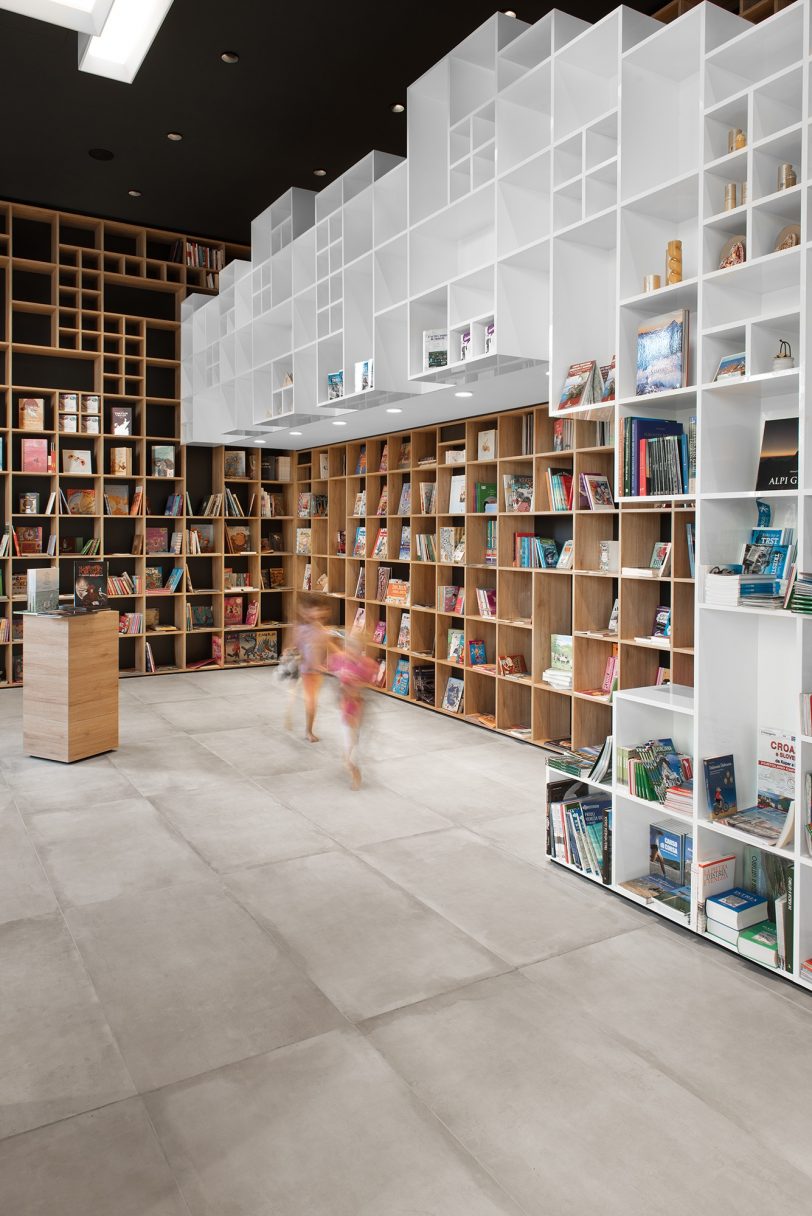 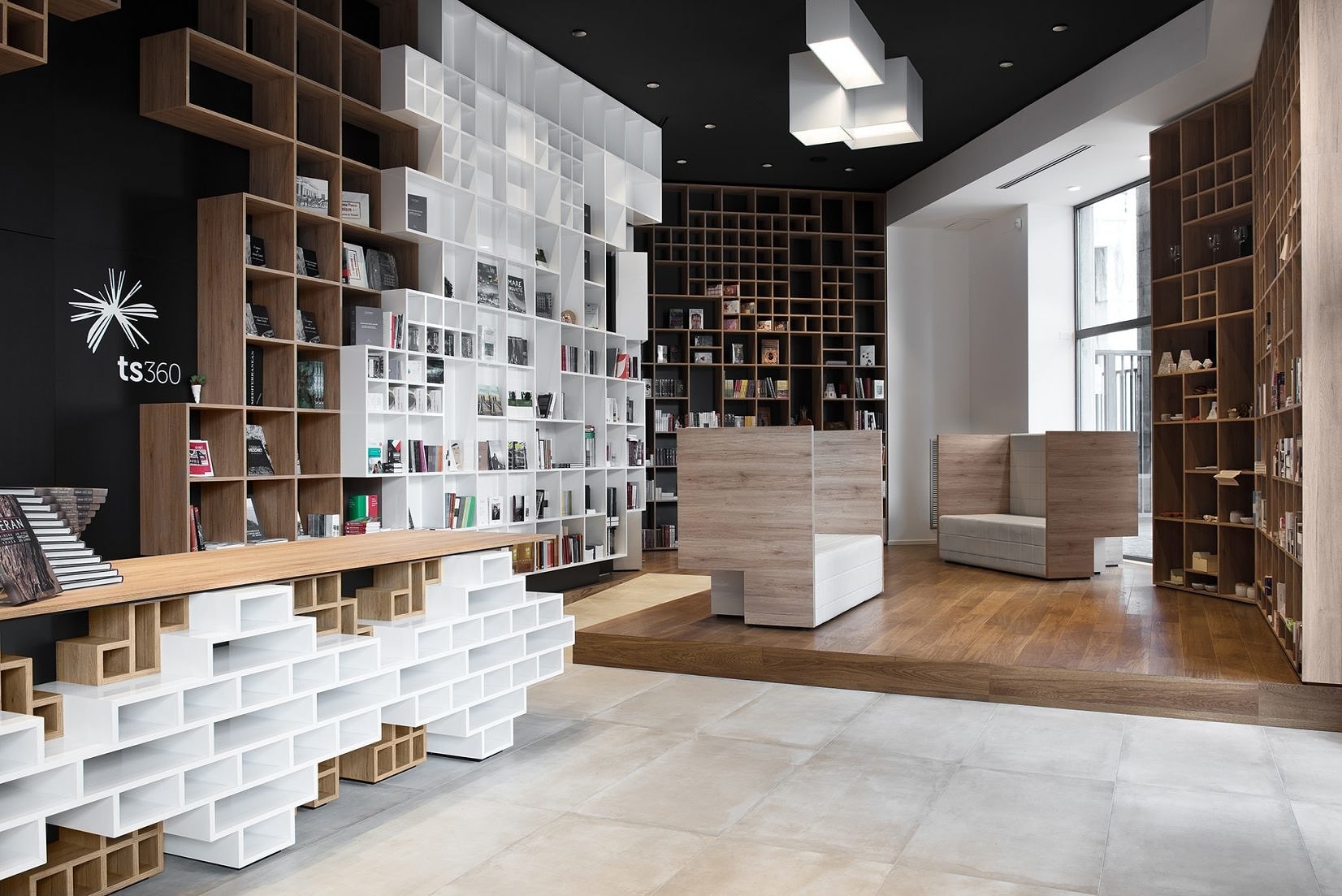 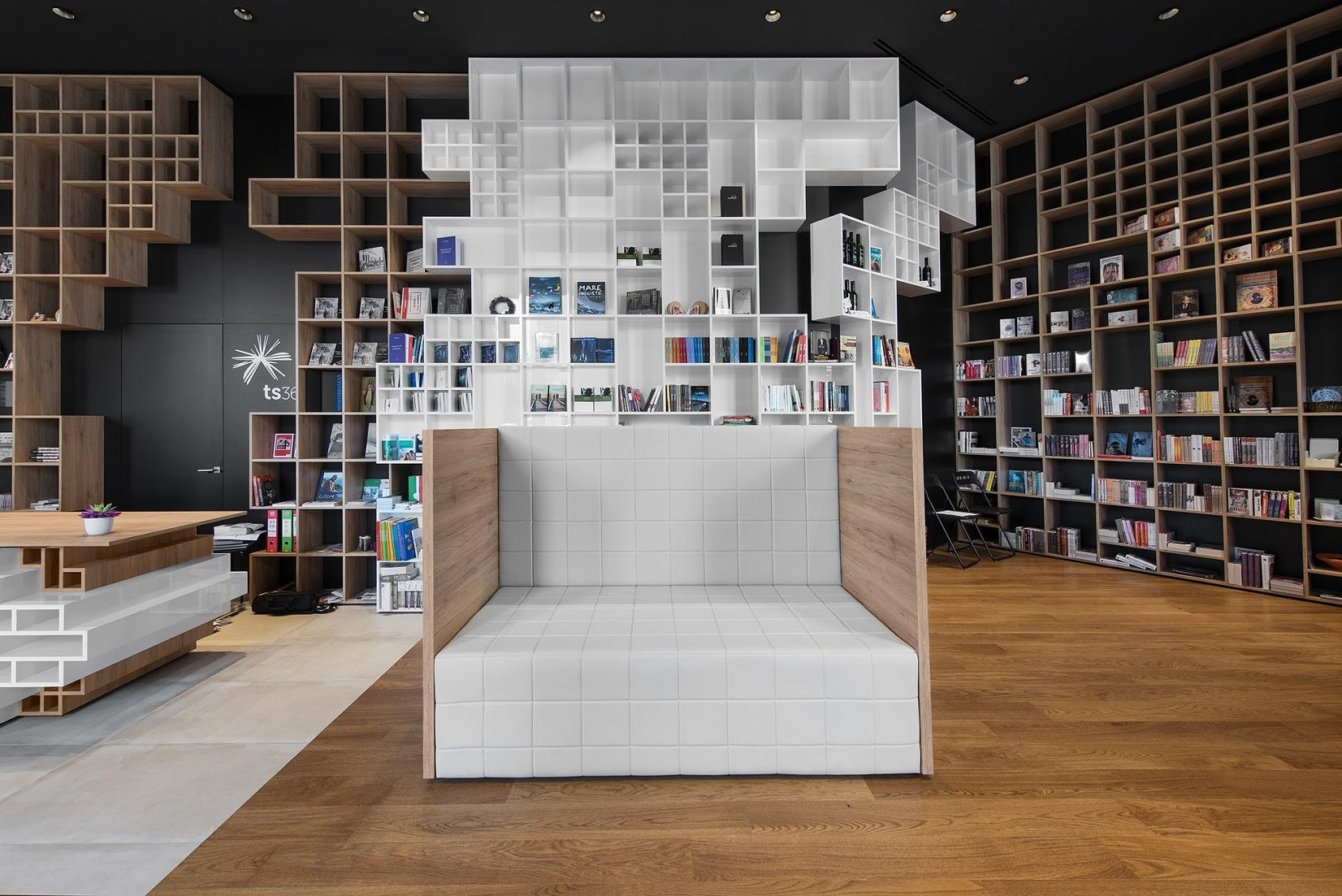 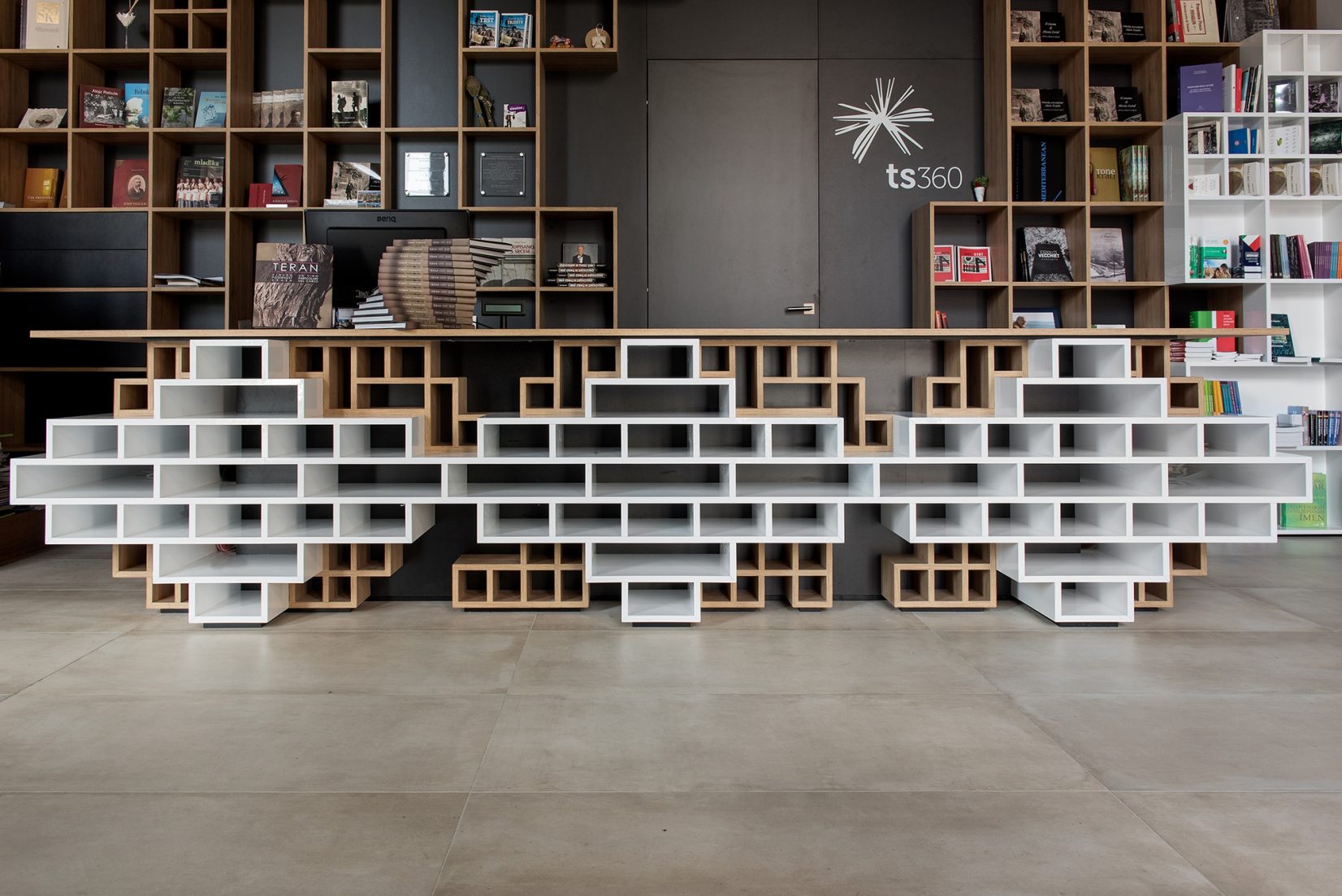 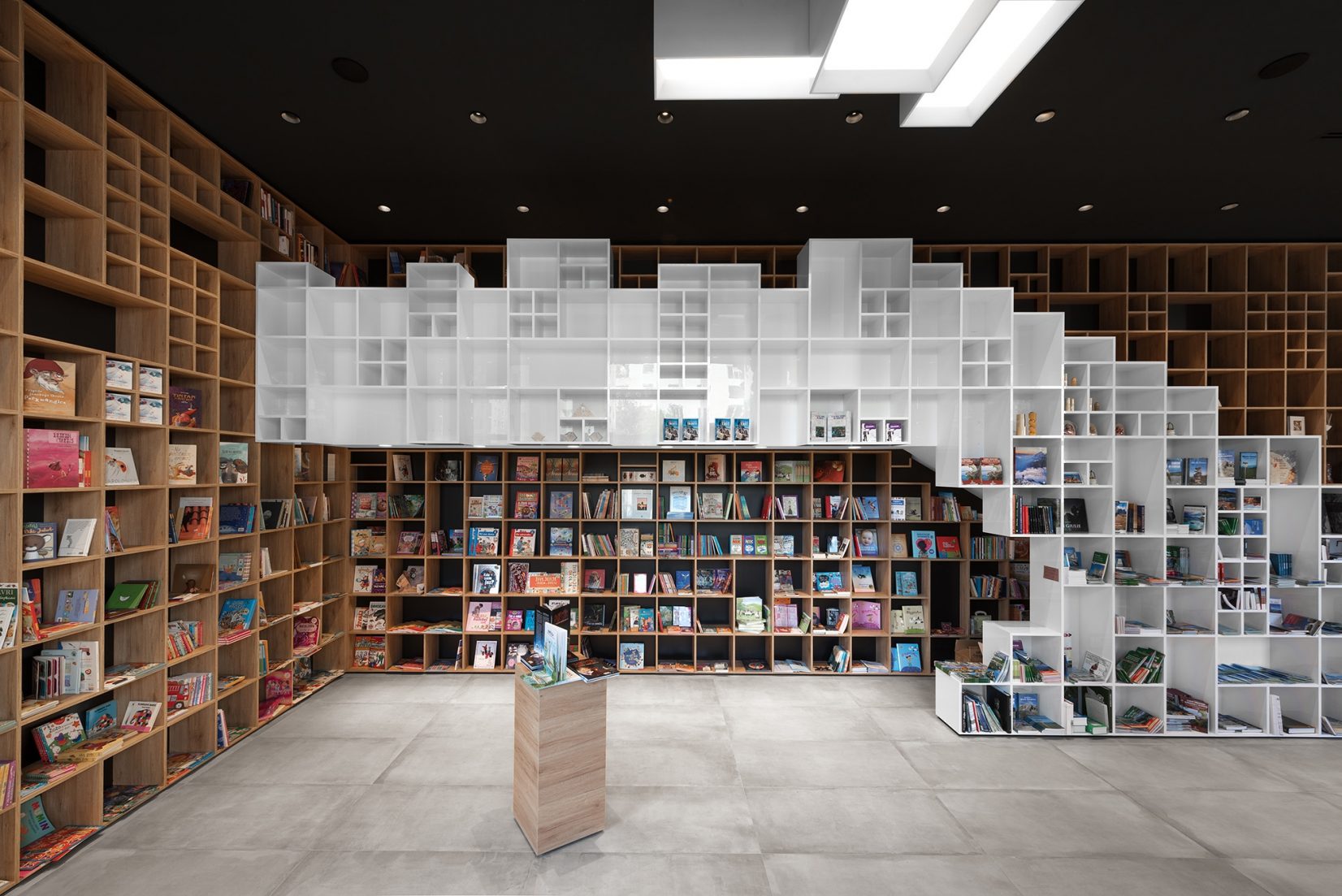 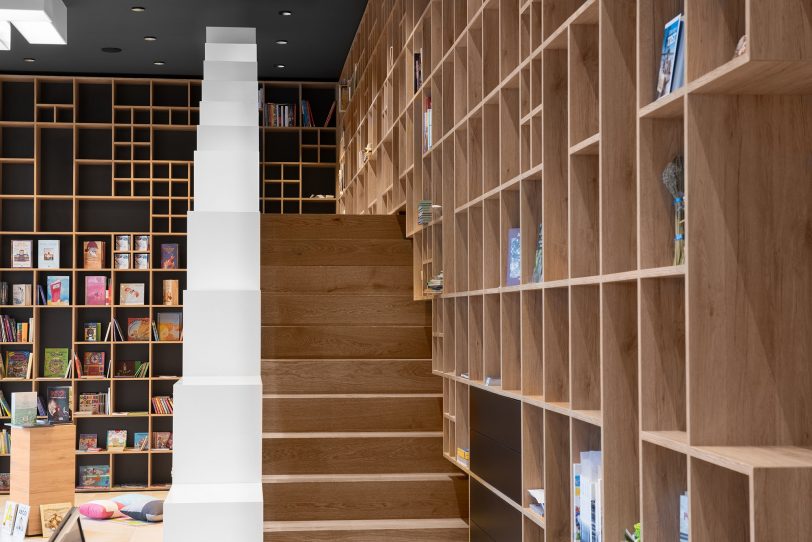 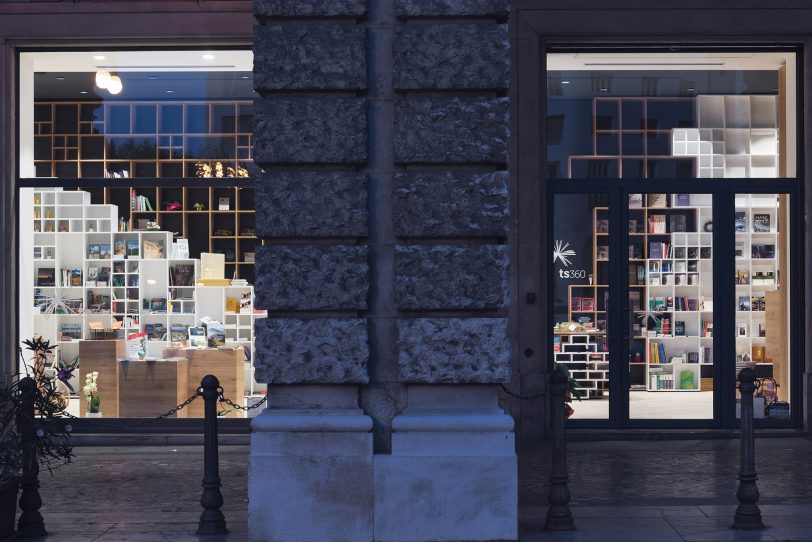 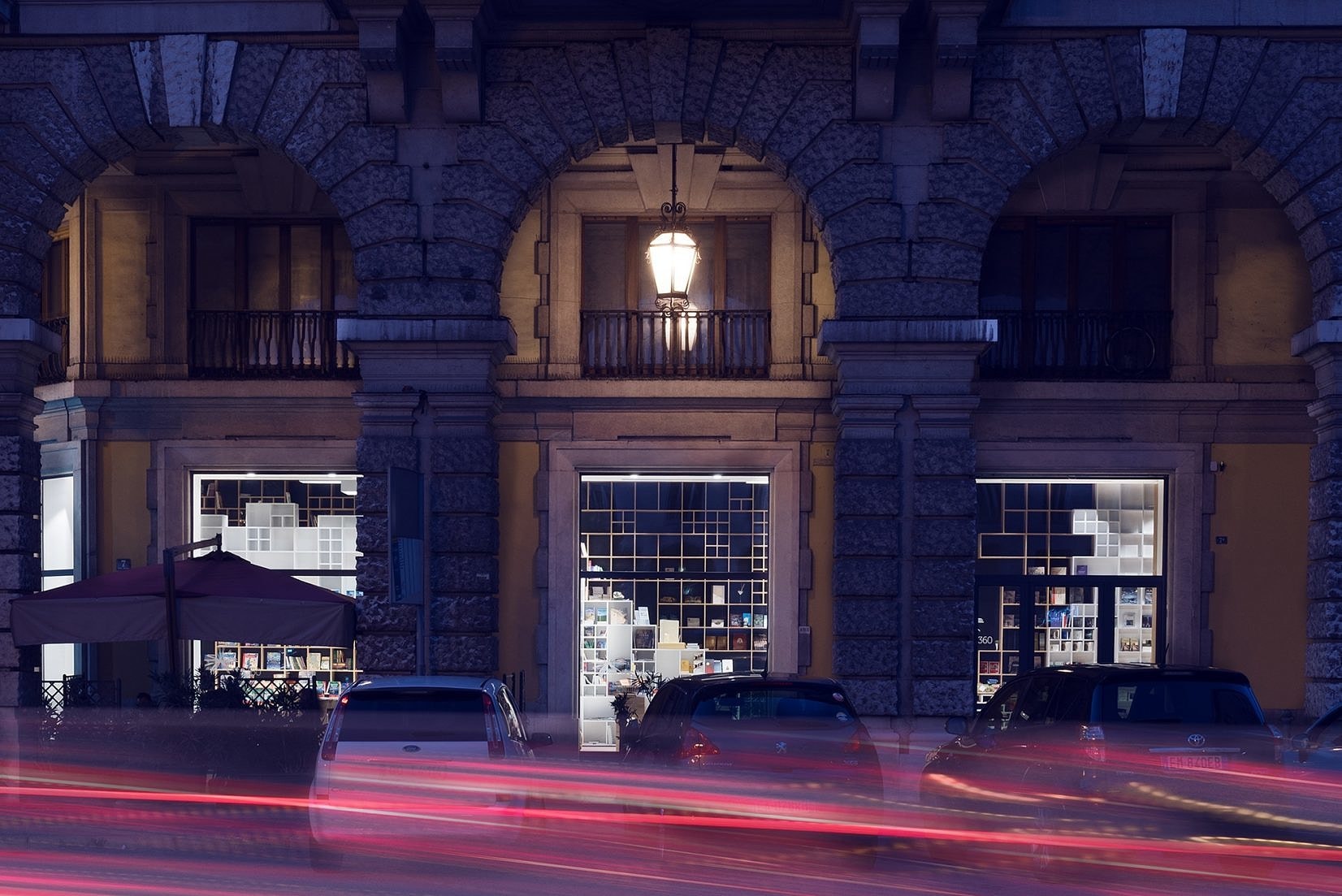 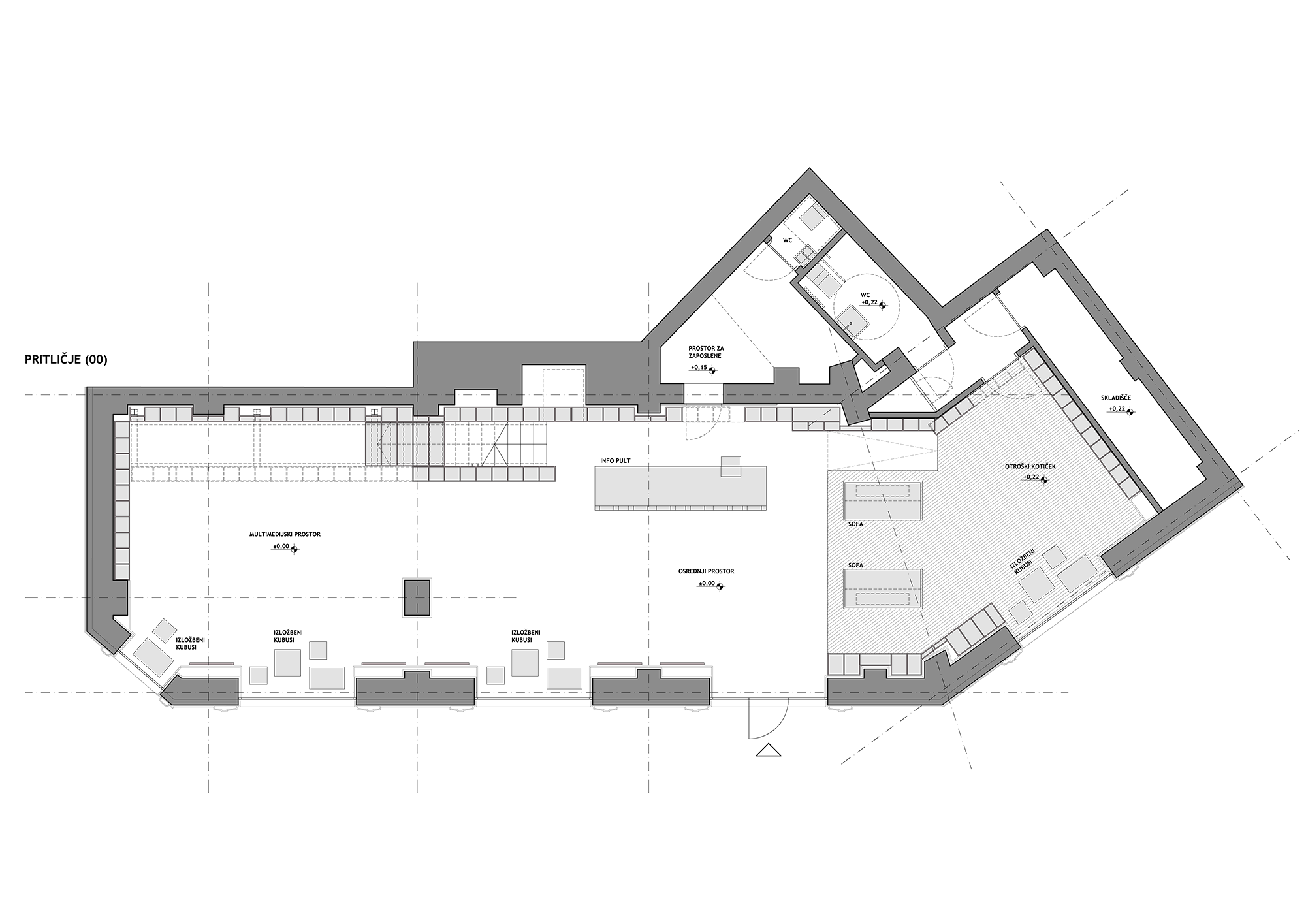 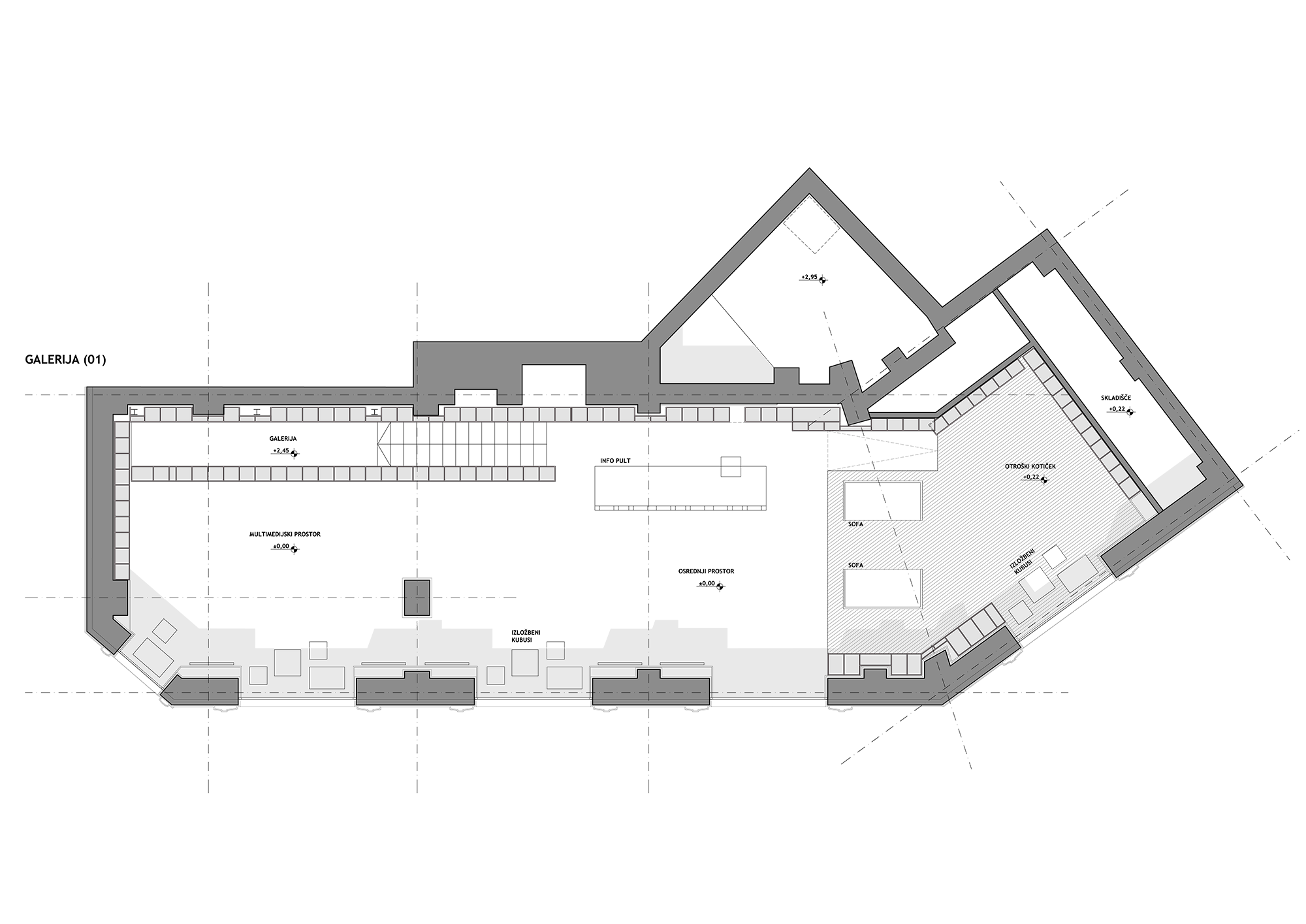 Website by Kreativna tovarna
We use cookies to track visits to our website, we store no personal details. By continuing to use the site, you agree to the use of cookies.OKRead more