The existing residential building is located in the historically rich part of Vienna, called Hietzing. The neighborhood lies close to the very famous Schönnbrunn area and is full with architecturally rich buildings, which are mostly multi-apartment villas.

In spite of its history, the old house is intended for demolition, since it does not in any way architecturally stand out in its appearance, and its layout has long since served the needs of the modern family. Altough there are strict conditions and requirements that apply to the construction of new buildings they still allow interesting architectural solutions.

It was necessary to preserve the dimensions and the shape of the roof of the existing building as well as the squence of openings on both street façades. The existing arrangement of windows was abstracted into the geometric grid from which we proceeded to form a new object. We gave more freedom to the façade, which looks towards the inner garden, thus creating larger windows and creating different ambients. The geometric pattern is emphasized by a uniformed facade of large-format plates, which at the same time give the building a modern look. 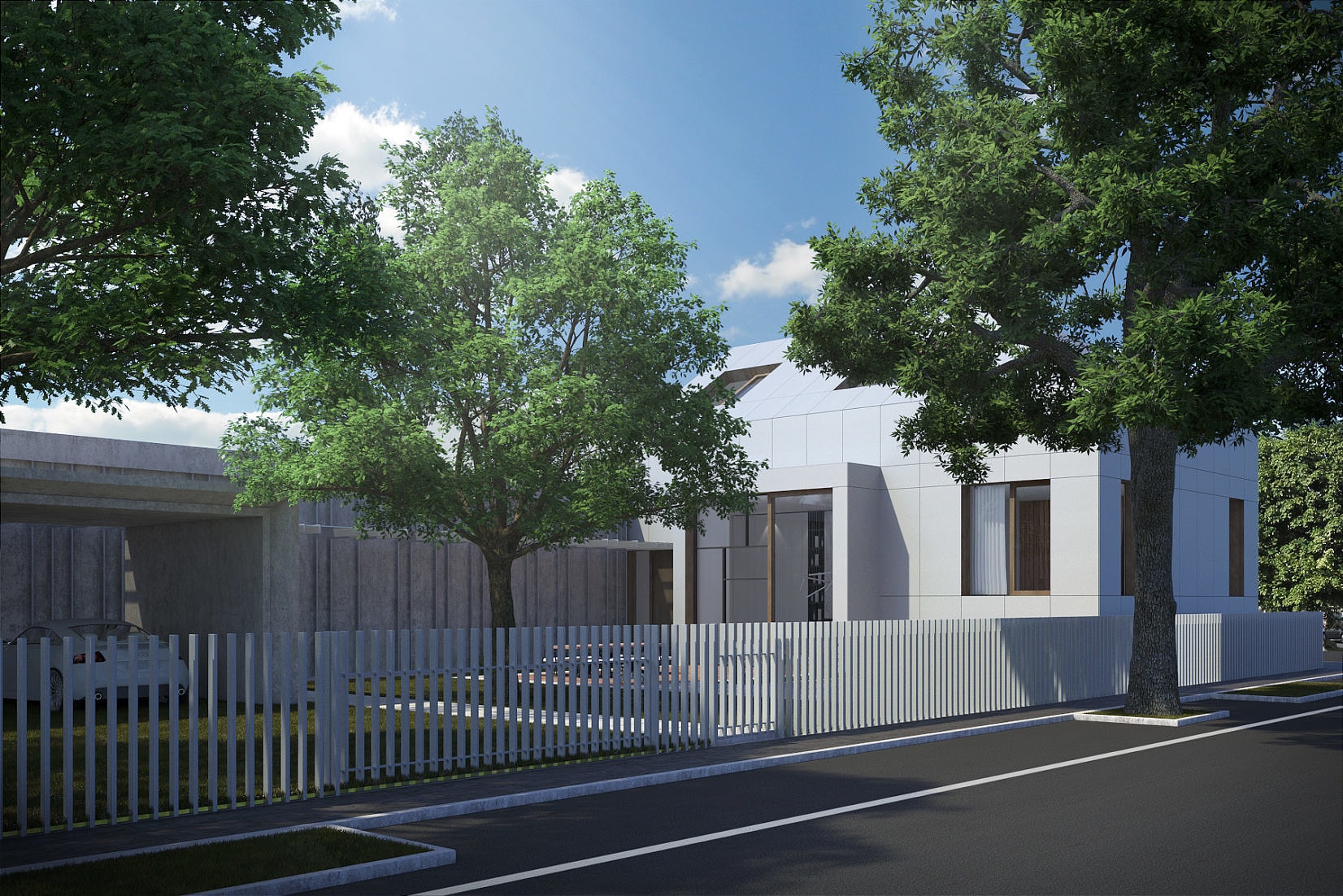 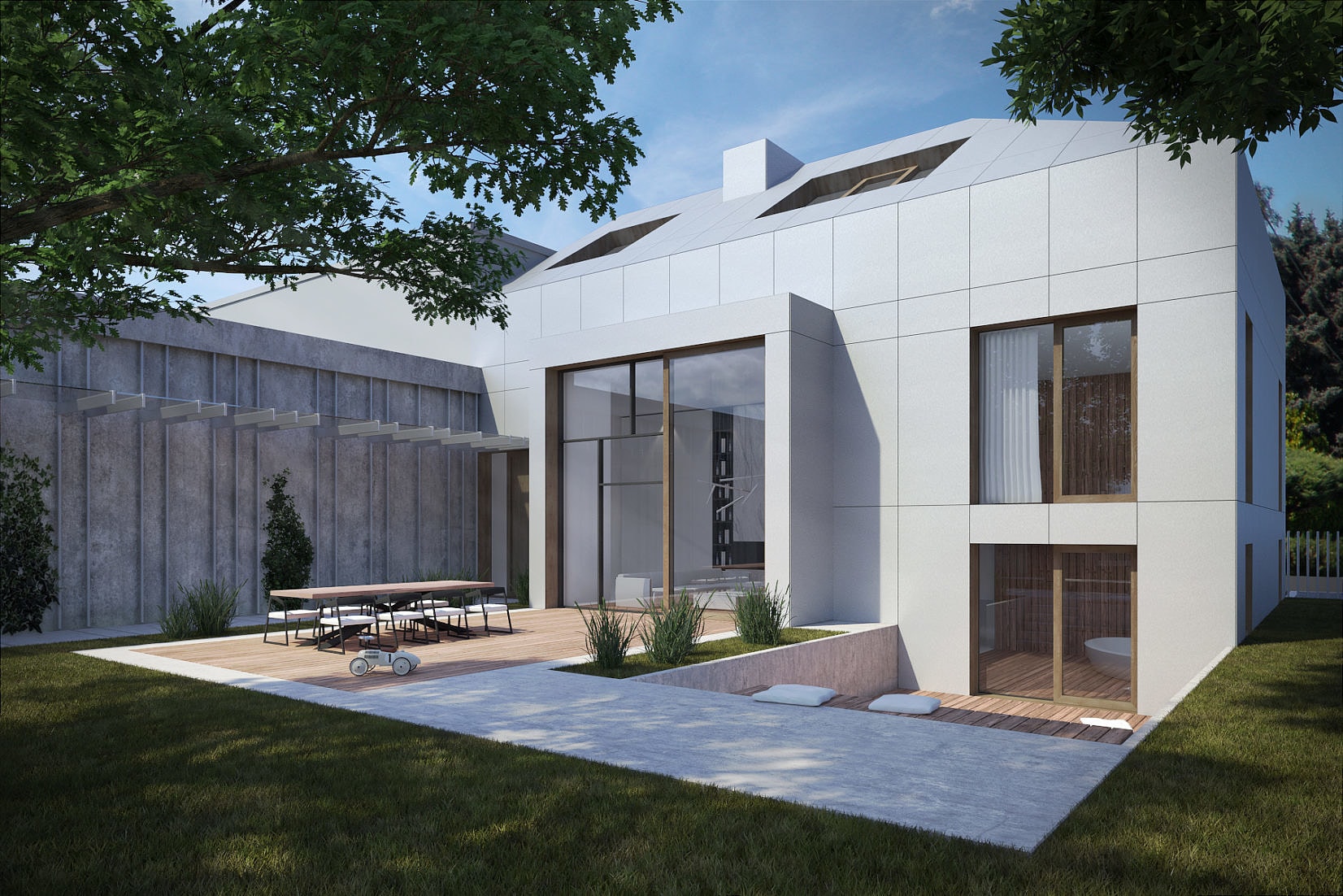 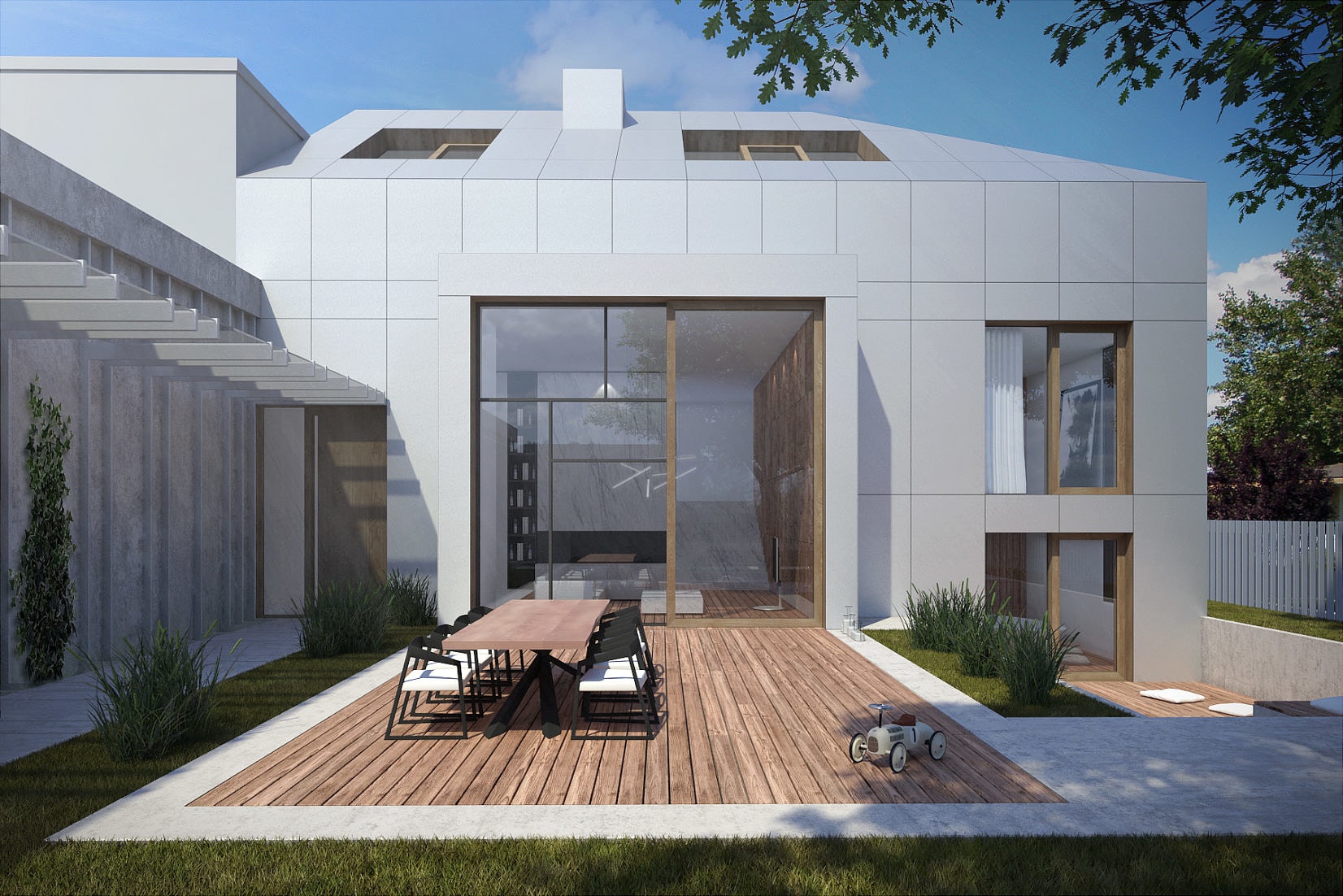 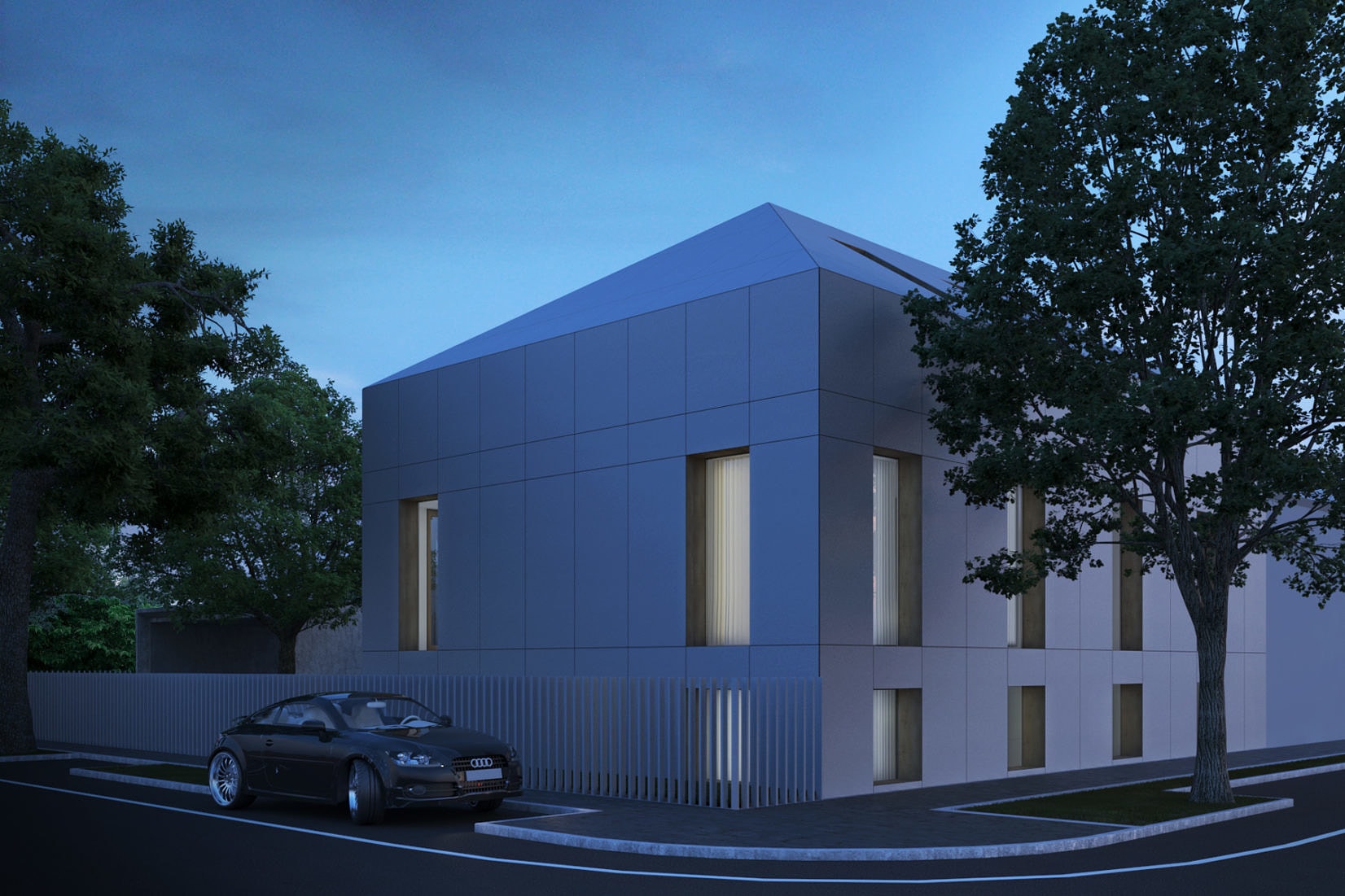 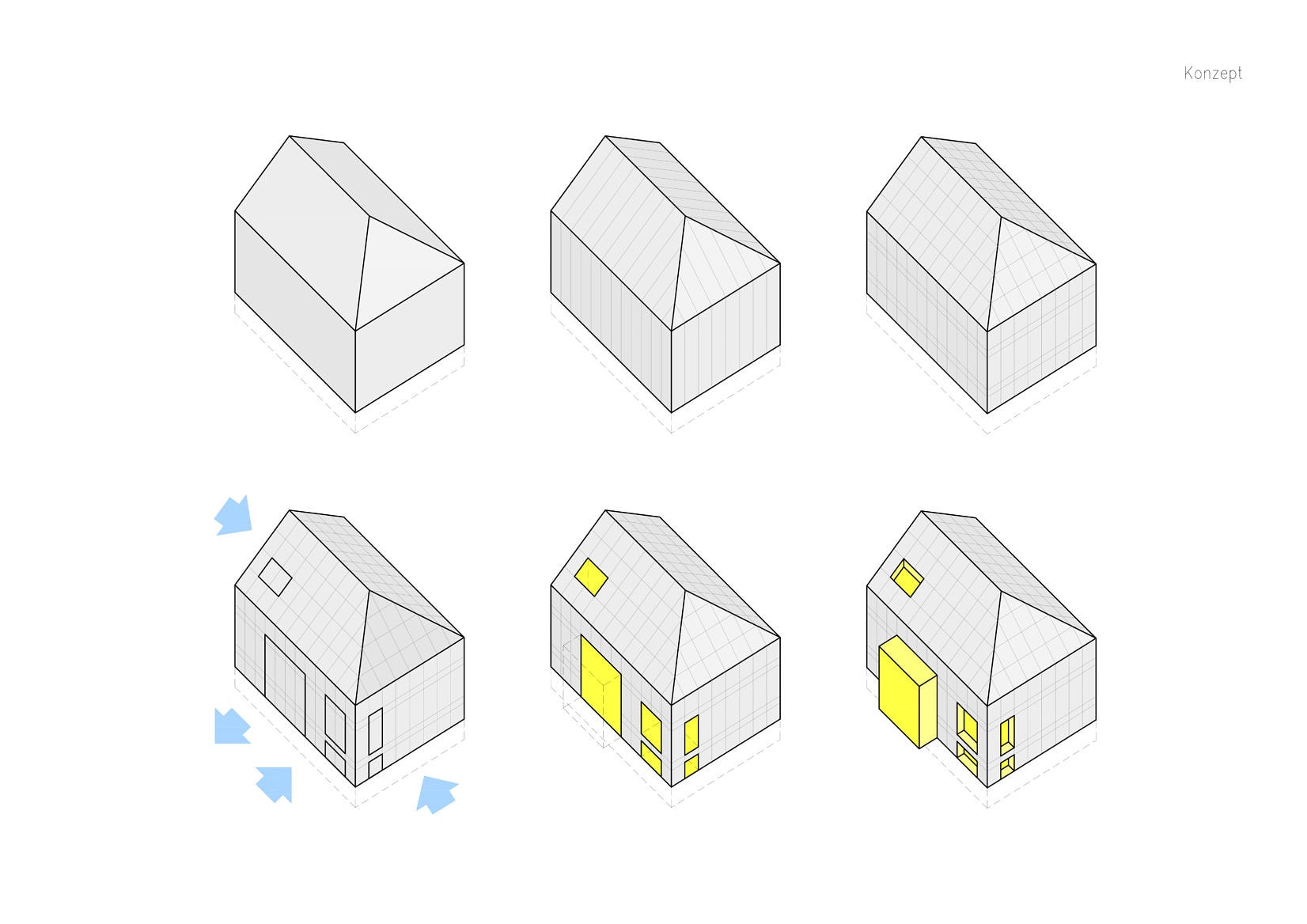